You can take ‘normal’ and shove it!

Have you ever been told,” Darling, you’re such a normal lover.”? Or “your daughter (or son) is so normal in class, she doesn’t do anything out of the ordinary at all.”?

What is normal anyway? From Googling “What does normal mean” you get: 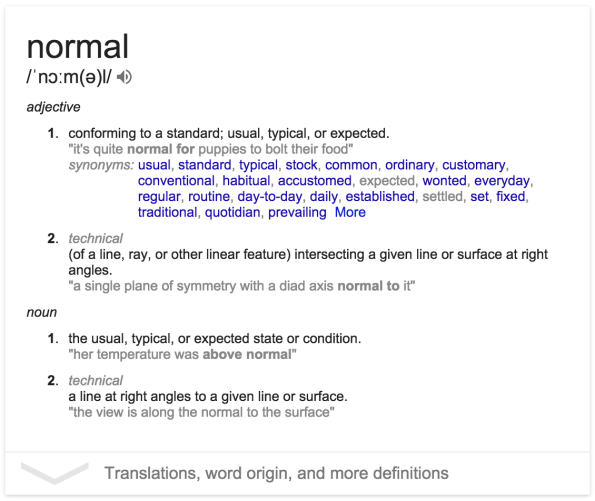 Surely for people, these are just about insults? Of course, in both situations a lot worse could be said, but seriously, Normal is no medal!

Okay but Normal, it’s aspirational, isn’t it? At least that’s what I was brought up to believe… 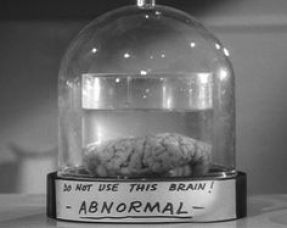 In mental health, being normal is probably a goal. But even in medicine this already falls away pretty quickly. As far as your heart or internal organs go, “normal”, to me, would equate to, “they are okay, nothing stellar and if you let it slip you’ll then be in the abnormal range.” When we talk medicine, abnormal in a positive way it isn’t even called abnormal, it’s called heightened or better than normal etc.

So then, what is our fascination with normal? Desmond Tutu, Bill Gates and George Bush (cough) are not normal. I’m 99.9%sure they wouldn’t want to be called normal!

Why are we socialised and live out our lives trying to be normal. And yet, at the same time we celebrate those who excel. What’s up with that? Corporate, social and sporting clubs gather and then set their rules for what goes and is normal.

Of course we have to have measures and guides to help us relate and cooperate. But when will we think about where the boundary should be?

As a dad of a girl under 2 I am witnessing for the first time how she is developing. I can tell how I fear in public that she might do something ‘abnormal’ thus to bring shame on us. Where did this come from? How on earth can I think to control a 15month old? More importantly, what messages are being communicated to her in my nervousness and rewarding/scouting that she is picking up on? 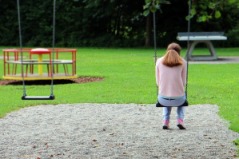 But kids are super cruel — normal is a survival mechanism!
Yes, too true that kids pick on the ones who are a little left or right of the norm. But where does this come from? Ask yourself if you have ever witnessed or unwittingly influenced a child with some passing comment about normal?

We celebrate difference ‘out there’ but ‘in here’ we don’t like to stand out. We are just so confused! Aren’t we?

We do want to be great at something but we don’t want to stick out getting there, for fear of shame and embarrassment. But at the same time we want to be a great lay! That also takes practice remember, only in most cases without an audience…

So like Jobs and the Apple ad said, I want to be a crazy one. A misfit. I want to give up the internal fight of trying to conform where I really don’t need to. Who cares if people think I’m a nut for practicing the only 5 first moves of a Tai Chi form in the park? Will I ever meet those judges? And, actually, if I do — wouldn’t that be a great ice breaker?!

So here’s my abnormal manifesto:
1. Dare to be different but be honest to yourself

2. Try to make people happy by being who you are, not who you think they want you to be (have you ever asked them?)

3. Be different for the right reasons, not purely to stick out

4. Learn where there is function in ‘normal’ and conformity and where that boundary lies

5. Be always mindful for then you’ll learn to gauge how you’re doing

6. Be the best abnormally (good) lover you can be!

7. Honestly ask yourself and your closest friends or family if they want you to be ‘normal’ and engage them in a discussion of what it means to be a vital individual part of a group

8. Take up that skill, hobby or sport you’re too frightened to do for fear of being seen

9. Encourage and embrace weirdos and normal folk alike, you don’t know their story that’s made them who they are

10. If you have the choice, go for the road less travelled, the less normal one.

Here’s to the crazy ones, the weirdos and the Abby Normals!